One thing I truly love about fifth Edition Dungeons and Dragons is the quantity of subtleties concealed all through the various delivered books. What I mean by this is while the framework is for the most part exceptionally open and moldable, there are numerous subtleties that can drastically change the tone of a particular crusade or essentially be overlooked as immaterial subtleties for another.

Seeing segment pockets, little known centers, and the contrasts between the two is an exemplary model.

While both the segment pocket and the little known concentrate fundamentally fill a similar need, there are some significant contrasts. A segment pocket is explicitly a waterproof pocket holding different spell fixings while an obscure center can be basically anything your DM supports that replaces the fixings so you can project a part based spell without them.

I was perusing the 5e principles and it expresses an obscure center can replace materials expected to do magic.. so what benefit is the part pocket at 25 gp when you can purchase a little known center staff for 5gp ?

I was mulling over putting a limited use on part pockets for spell materials at possibly 20 uses or more.. to reenact running out of spell materials.. be that as it may, if all you require is a little known arcane focus or component pouch for warlock why have materials at all ?

A part pocket is a little, watertight cowhide belt pocket that has compartments to hold all the Material Components and other Special Items you need to project your Spells, with the exception of those Components that have a particular expense (as demonstrated in a spell's depiction). 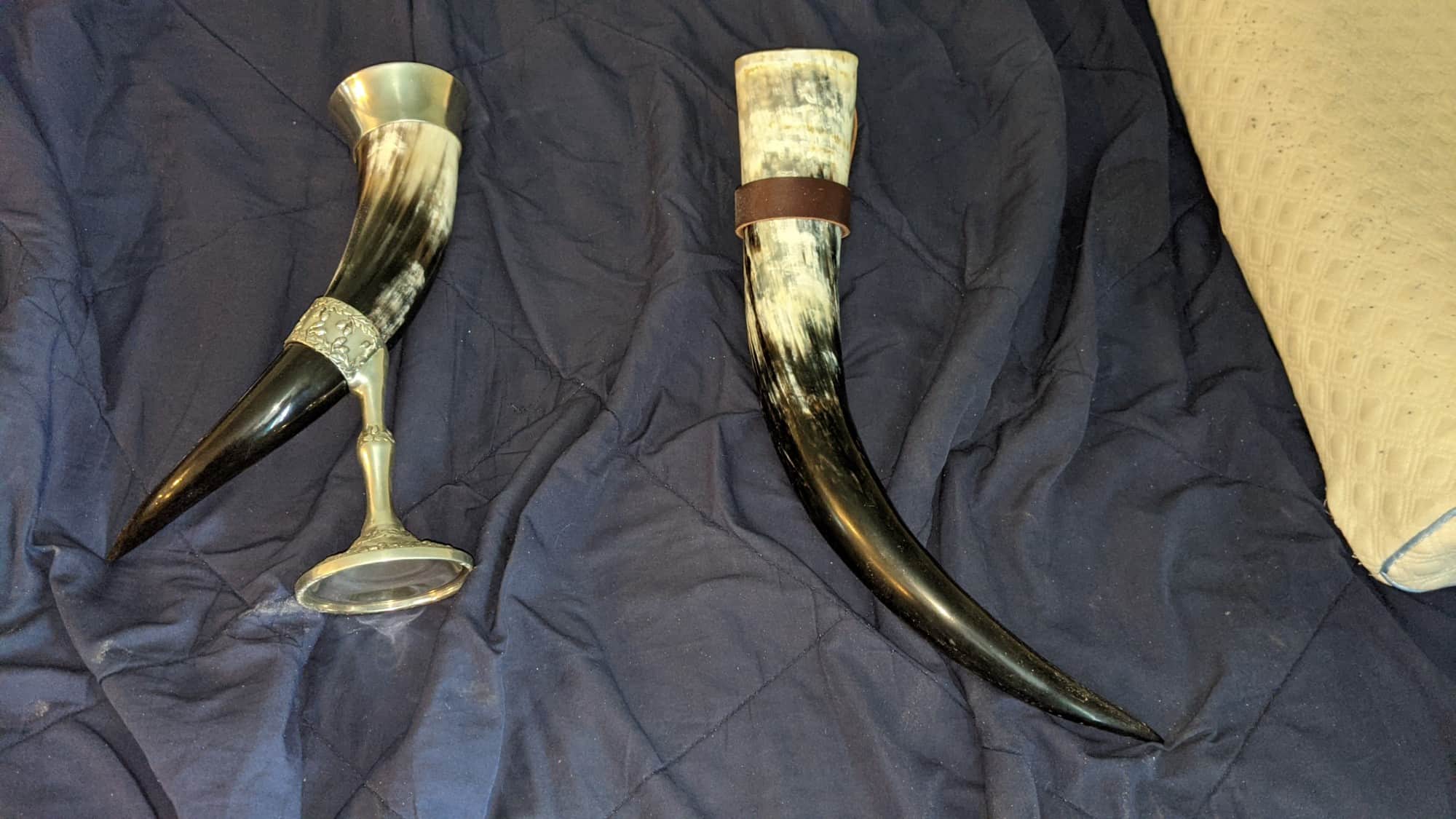 The Player's Handbook (PHB) clarifies how spells function admirably, and between section 4 and part 10 you get all you require to think about How to Unlock Loader Risk of Rain 2. For those spells that require real fixings, both the part pocket and esoteric spotlight are depicted in detail on page 151.

The part pocket can be utilized by any projecting class, while the three conventional projecting classes are the solitary ones that can supplant the pocket with a little known core interest. Except if, obviously, your DM house decides that, too (this can likewise be an innovative method to make helpful, unique, and non-exhausting plunder for certain gathering individuals in the correct mission).

Why Does This Matter?

In most fundamental 5E missions this doesn't make any difference. More often than not I would say a DM simply kind of disregards these. At our games we practically utilize the D&D home standard of you have the parts as long as they don't cost cash. In the event that they do, simply deduct the gold pieces when you cast the spell. On the off chance that you have sufficient gold, you're acceptable.

In those cases, the distinction between the two is truly non-existent for every concentrated reason.

This isn't really something awful. In the event that those sorts of subtleties don't make any difference in the mission that is being run, why get hindered in them? Then again on the off chance that you are running an endurance crusade (like THIS one Zee Bradshaw portrays) that truly centers around subtleties and makes the sensation of steady battle and battling for endurance, at that point these become a truly serious deal.

In those kinds of missions, the distinction between a part pocket and an obscure concentrate truly does matters since rummaging for fixings turns into a serious deal by then.

In many missions, it truly doesn't make any difference since these are subtleties most DMs don't waste time with – on the off chance that they're even mindful of these conceivable projecting impediments.

Each spell in D&D has in any event one Component part. As depicted on page 203 of the Player's Handbook:

Verbal parts are the cautious inflection of supernatural words ("Abracadabra, Alakazam!"). The actual words are obviously trivial (or, in any event, they don't hold enchantment themselves), they resemble a lutenist's fingers playing their instrument to deliver music—just all things being equal, the spellcaster is culling the strings of the Weave to accomplish certain mysterious impacts.

Physical parts are the signals and movements associated with projecting the spell. These reach from making perplexing motions to excellent motions—in light of the fact that in some way or another a signal is required for a spell like heavenly courtesy, which is described in its portrayal as "a supplication".

Material segments are the specific items called for by specific spells. They by and large can be categorized as one of two classes: a statement of one of the laws of enchantment (Real Magic by Isaac Bonewits unmistakably has a place in the rundown of books that motivated D&D wizardry in index E, "Moving Reading", in the Player's Handbook) or a gag (see imperceptibility requires a touch of powder… which you blow on the undetectable animal… so supernatural). 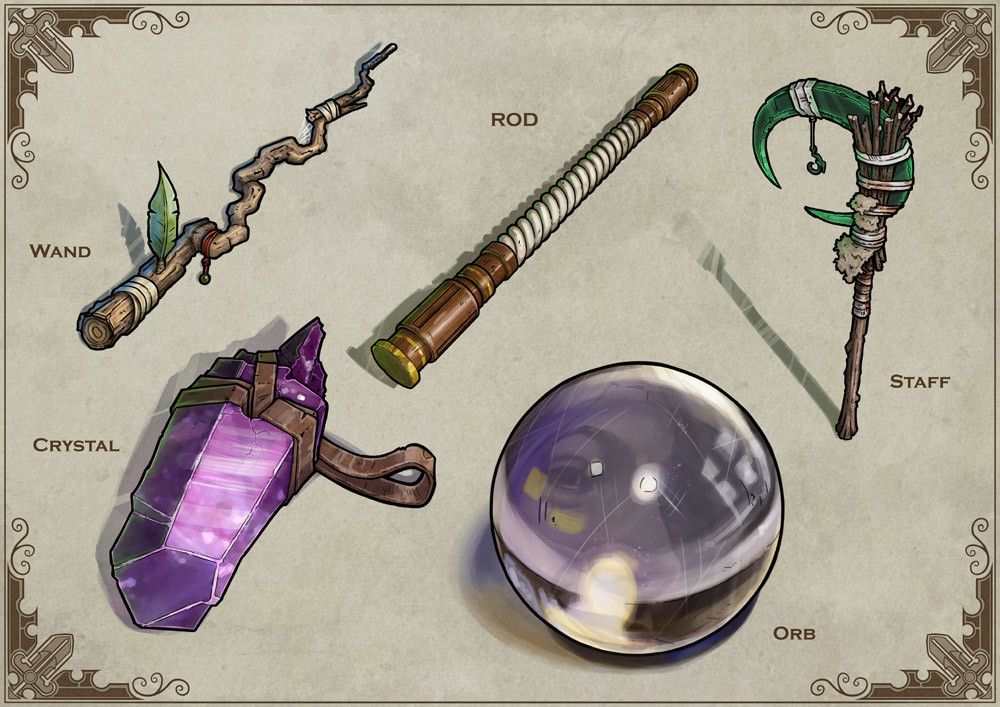 Since this is an article about exactness, we should bring up that, indeed, 'centers' is satisfactory instead of 'foci'. Indeed, the word 'center' is a Latin nominative thing of the second declension, and accordingly the '- ī' finishing is liked by Classisists, however any novice etymologist realizes that it is an advance word with its own significance in English (it's Latin for 'hearth'… ) and, consequently, follows English language shows, including the morphological move '- (e)s' to indicate plural. There's a great deal to be baffled about being examined in this article as of now, don't sideline the conversation with phonetic fallacy.

Some Arcane classes have a choice to shun the part pocket that would regularly supply their material segments for a Arcane center.

The idea of an adequate Arcane center is laid out in the class sections, and summed up in the Arcane Focuses table, underneath. It ought to be noticed that you actually should have a hand free to deal with the Arcane center (pastors and paladins can consolidate their sacred image into their shield, joining the two).